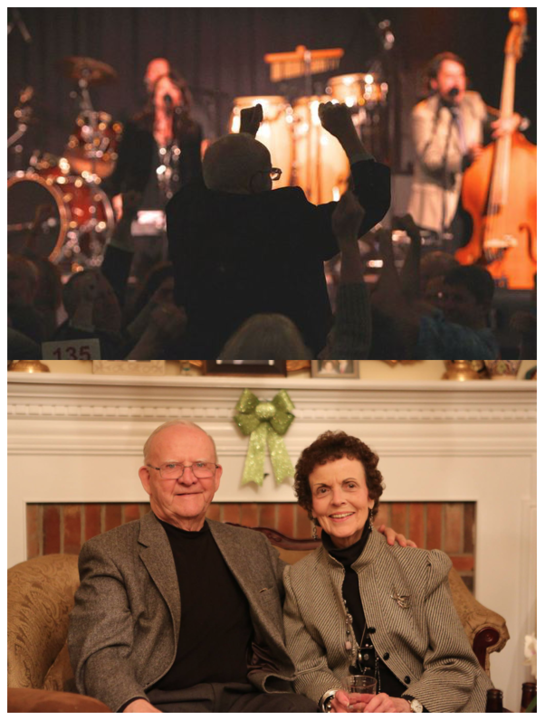 On November 9, at 2pm, we said goodbye to our Number One Edhead, Julie's dad - Joe Murphy. All one needs to say is "Joe" or "The Joe" in the EFO Nation, and no one responds, "Joe WHO?".

The youngest of an impossibly large Irish Catholic family in Jersey City, NJ, Joe so loved an older sister Mary, that he vowed he would name any and all of his daughters after her. He did. Julie's actual first name is Mary, in case you didn't know. Joe and Kitty raised a wonderful brood in Vienna VA, including Julie and her three older siblings, Mike, Patrick and Mary. In addition to a long and stellar career with the DEA, Joe also wore the unofficial title of Mayor of Syracuse Circle, where all neighborhood events seemed to center around his hijinx.... like creating a makeshift movie screen with a bedsheet over a branch in the yard, to project rented B-movies from the local library. Joe always had a contagious enthusiasm, and a personality that was consistently larger than any place he occupied.

Fast forward to the Eddie from Ohio years: While initially reluctant to see his daughter forgo her college HRM degree for a full-time career in music, Joe eventually came around. Boy, did he come around. Rarely missing an EFO show around the taverns and restaurants in Northern Virginia, Joe and Kitty perched at the best seat they could find and radiated with parental pride. A wait staff member at Bad Habits (our regular Tuesday haunt) once confessed that all the wait staff wanted to have their table - not just because of their "celebrity" status, but they were also the most generous tippers.

Joe's excitement could not be contained to just sitting and clapping, for he loved the four part vocal harmonies so much, that he broke out into his own choreographed dance that involved flailing his arms as though guiding an incoming plane for a landing. This dance became known as "The Joe". While it began with the cover of "When Will I Be Loved?" it eventually moved to the vocal break of a Joe favorite, the EFO staple "The Three Fine Daughters of Farmer Brown". The tune became a fixture for "The Joe" break more so than for the song itself. As Joe's popularity (and confidence) grew, so did the platform for his exhibition. He originally did it from his seat... then he stood... then he walked up to the front of the stage..... eventually he was ON the stage. There was no obstacle with security... by the time we played the legendary Wolf Trap stage, Joe had his own ESCORT from the box seats where he was sat with the venue's CFO! The Birchmere never failed to flip on the house lights for "The Joe" moment in our countless performances there. Yes, Joe became more popular than the band.

Yet, Joe was not portable, and couldn't make the trips to our nationwide stops... but his dance sure did!!! What the band always found amusing that, before the days of social media, the word traveled about "The Joe" via folklore. By the time we played a stage in Texas, Colorado or California, attempts at "The Joe" by eager audience members sort of took on a new look... slightly altered in the interpretation... but the spirit was there, and we were excited to share the stories with Joe about his impact. "Oh, don't tell him!" Julie would exhaustively plead "The man does NOT need an ego boost!!" Too late, Julie. The damage was done, and the result was a monster we created.... a lovely, nutty, Irish Catholic leprechaun monster of man who loved his God, his Church, his family, his country... and his daughter's band. Heavens, was he loved back.

How fitting that his final performance involved his wonderful daughters, both named Mary for the sister he loved, who kept by his bedside until the end. They sang for him one of his favorites, "Sisters". Too weak to speak, he mustered up enough strength to open his mouth as to sing along. He appreciated the music right up to the end. On Saturday, he had imparted to his hospice nurse that he was ready to join Kitty (who passed away back in January). Here's to Joe and Kitty in those great seats looking lovingly upon their children and grandchildren, radiating with that parental pride.

We love you, Joe